Millers of Claflin, Inc. was founded in 1903 by J.W. Miller. The store originally carried furniture, buggies, hardware, implements, and even windmills. When J.W. Miller passed away, his son, Robert L. Miller, entered the business full time. Robert’s emphasis was on value, service, and trust. This proved to be a winning combination. Third generation, Robert J. “Bobby Joe” Miller took over the business when his father retired. Bobby Joe and his enigmatic personality continued to win customers across the central Kansas region.

Meanwhile, two of Bobby Joe’s sons, Bill and Brad Miller were learning the business as they helped around the store during their high school and college years. They both started working at Miller’s of Claflin, Inc. at the ripe ages of 14 and 13. They did carpet installation, delivery and service. In the early 1980’s, Bill and Brad entered the store on a full-time basis. Bill and Brad continued to learn the ropes from their father until his passing in 1989.

In the early 1990’s, Miller’s added 5 showrooms to the south of the main store, which was originally built in 1915, and a showroom to the west for bedding and bedroom furniture and an additional warehouse. To this day, Miller’s is the largest furniture store between Kansas City and Denver, exceeding 90,000 square feet. One really must visit Miller’s to experience the variety and quality of furniture in the many showrooms. It is truly a one-of-a-kind shopping event.

Throughout the years of Miller’s growth, there was a trend in the furniture industry that could be seen throughout the country. Locally owned, family owned, independent furniture stores, once commonplace began to close. They were replaced by outlets from regional and national chains. The flood of chain stores had made the market very competitive. Millers continued to enjoy outstanding success and growth. For more than 118 years, the Miller family has been providing quality product at a good price and backing it up with friendly, personal service, in-stock selection as well as special order services, and fast, free delivery on everything they sell.

Millers strives to have the best selection of home furnishings Kansas with a price range that will fit all budgets. Millers expanded their operation with the opening of their first Ashley HomeStore in Hays, Kansas in March 2006 and then their second Ashley HomeStore in Salina, Kansas in July 2014. In 2019, Miller’s opened The Furniture Clearance Center in Salina. They carry a full line of starting price point furniture, discontinued and slightly damaged items. In 2021, Miller’s also opened The Furniture Clearance Center in Hays. With continued growth in Salina, Miller’s just recently purchased 5.5 acres in the southwest portion of Salina in order to develop a new 120,000 sq ft distribution center for their operation. Having distribution centers in Claflin and Salina enable the stores to have even more available inventory in stock.

Millers has a very knowledgeable and caring staff, many of whom have been at Miller’s for 30 years or longer. With stores in three cities, the total current full time employee count is at 79. Bill and Brad Miller are still very active in the daily operations of all three locations. Brad’s wife, Cathy Miller, is Visual Merchandising Manager, along with Braden’s wife, Laura Miller. The staff continues to grow as a fifth generation of Miller’s joined the sales force. Braden Miller, son of Brad Miller joined the Ashley team in January 2009 and was General Manager at Ashley HomeStore of Hays. In July 2021, Braden relocated to Claflin and travels between the Hays store and the Claflin store where he is Sales Manager and oversees customer relations. Colby Miller, son of Bill Miller, joined the Millers of Claflin team in January 2013 and is the Sleep Shop Manager and oversees logistics. Remington Miller, second son of Brad Miller, joined the Millers of Claflin team as the General Manager of the Salina Ashley HomeStore in January 2014. Remington has since relocated to Claflin in July 2021 and travels between the Salina store and the Claflin store where he is Operations Manager overseeing day to day operations and he also oversees the E-Commerce portion of the business. Bryce Miller, third son of Brad Miller, is the most recent addition to Millers of Claflin. Bryce is currently employed at the Salina Ashley HomeStore and resides in Salina.

With every new generation comes change and fresh, new ideas. We look forward to what the future holds for Millers of Claflin, Ashley Furniture HomeStore of Hays, and Ashley Furniture HomeStore of Salina. We anticipate growth and look forward to introducing new customers to our quality of product and variety of selection and always welcome the return of past customers. 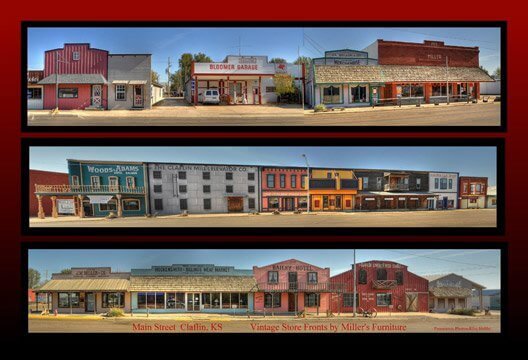 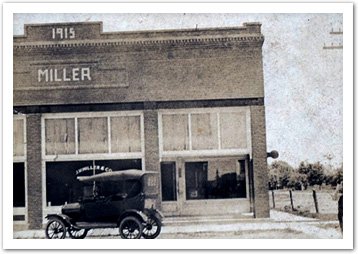 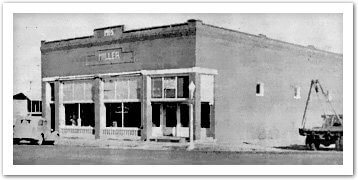 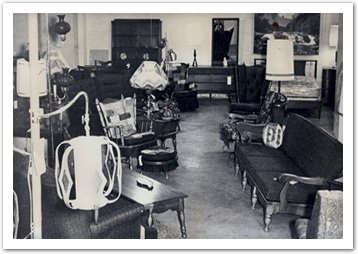 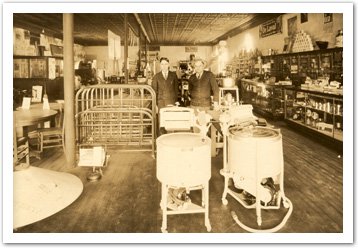